Hollllaaaa and Happy Hump! Hope y’all are cruising smoothly through the week bc we have a big weekend ahead of us! I can’t wait for Memorial Day weekend. I love picnics and family time!! Plus, it’s the unofficial kickoff to summatime. Before I delve into date number 6, let me school ya on this getup. This type of outfit is one my fave date night looks. I am obsessed with dark denim skinnies. These AG Farrah’s are so slimming and are high-waisted so they suck ya’ in, in all the right places! Ya know what I mean? I am not usually a yellow type of gal, but I just love the hue of this top. It is a beautiful marigold color and the ruffle/flutter sleeve adds a bit of romance to it. I added a few fun pops of pink to make this outfit standout in a crowd. These Sam Edelman pink heels are so fun to wear…like a party on your feet! Last, I paired my favorite Kendra Scott Rayne pendant( which comes in TONS of colors)  with pink Rayban Aviators. It was such a fun and colorful look to rock!

Read about my previous dating adventures 🙂

So, we meet again. Another hump day, another tale. Welp, this dude made it to two dates! Yahoo, he is the only guy that had made it past dreaded date one, thus far. I’ll keep date one short, to get to the good stuff. We met at Anthony’s Coal Fired Pizza. (So yum BTW. Get the mini-meatball pizza if you ever go!) He was very laidback, fun, and great to talk to. We ate pizza and drank wine. It was such a fun date, that I was FINALLY starting to feeling a tiny tinge of hope that maybe Prince Charming was really out there after all. Anywho, the dated ended with a hug and a kiss on the cheek. We left it that we would talk that week. Ya really never know, (at least I didn’t) if the other person was feeling the same vibe you were on the date. I always tried my best, NOT to get my hopes too high. I was very pleasantly surprised when I heard from date 6 the very next day! He said he had such a good time on the date as well and wanted to see me again ASAP. It just so happened that it was St. Patrick’s day that Saturday. He was going to the Erin Express in Philly and said he would love for me to join him and his friends. Wow, I thought it was a pretty good sign that he would want me to meet his friends so soon! So, like any other fashionista would, I planned the perfect St. Pat’s outfit to wear. I had it all…the cute fitted shamrock green tee, the green chucks and some gold accessories to top it off. We had decided to me meet downtown a few blocks from the Erin Express area, so that we could park and walk to it together. When I was just about to leave my house, he texted to say he was running really late and could we push it back another hour. I was pretty annoyed bc I was dressed and ready to go. I decided to give him the benefit of the doubt, bc you never know what could’ve happened, maybe he had a family emergency. Who knows? Anywayzzzzz, after the hour passed I made my way downtown, parked, and took the elevator down to street level. After about fifteen minutes of waiting, I started to get pissed. I texted him and let him know that I was there and waiting. RADIO SILENCE. After waiting fifteen more minutes, I sent one last text to let him know that I would not be waiting any longer for his sorry behind. Do you know, that he NEVER even responded? What an a**. It was my first time being stood up and it straight up sucked. What did I do? Well, I wasn’t gonna waste this cute of an outfit on nothing or a scumbag like him! I messaged my girls and hit up a diff St. Pat’s party….that’s where I met date number 7. Date number six, you stink. It’s straight up rude to do what you did. Why even bother taking the time to do something so nasty. Good riddance to you, number 6. You are def not Prince Charming…maybe he’s lucky number 7!

It’s straight up rude to invite a gal out for a second date, then postpone and THEN stand her up! Even worse, on St. Patrick’s Day….This type of guy, will be LUCKY (see what I did there?) if he EVER finds a girl. 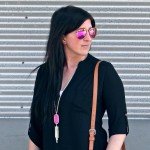